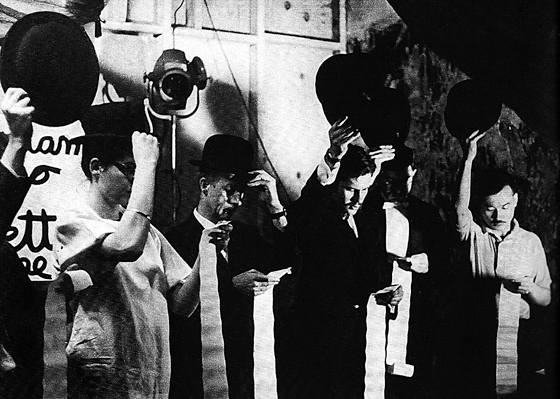 Active since 2013, the Center for Research and Propagation of Musical Turmoil (KeDiMouRa) avidly explores sound and play, in real-time formations and archival contexts.
It was formed in Corfu, Greece as an answer to the common need of its members for a flexible group structure where they could explore collaborative and playful ways of musical interaction, performance and composition.
Using a varied and constantly evolving array of sound-producing mediums, as well as theatrical and visual elements, the initial focus was placed on the exploration of different systems for structuring music. This research led to a series of performances and workshops associated with game pieces, verbal scores and graphic notation.
Since then KeDiMouRa has initiated numerous concerts and large-scale events related to improvisation, inviting and collaborating with various musicians and artists.
The centre is now based in Athens while many of its members have been relocated in distant cities across Greece and Europe.