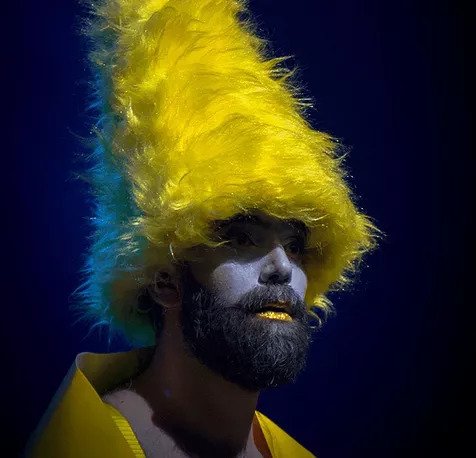 Fil Ieropoulos studied media arts in the UK and in 2009 completed his PhD on poetics and film.  He has been working at Buckinghamshire New University since 2003 and his films, performances, artworks and writing have been shown in numerous festivals, conferences and showcases around Europe.
Since 2012, he also frequently operates as part of the conceptual duo FYTA, having participated in a number of events as performers, but also as curators. He was a founding member of the queer music label Fytini, the performance art platform Sound Acts and the activist space AMOQA with various collaborators from the queer scene.
Fil has recently also worked with the cultural organisation Atopos CVC, producing a programme for Athens World Book Capital, art directs the festival of performance ASFA BBQ, while and is working on a postmodern retake of L’ Orfeo for the National Opera of Greece.
www.filtig.com