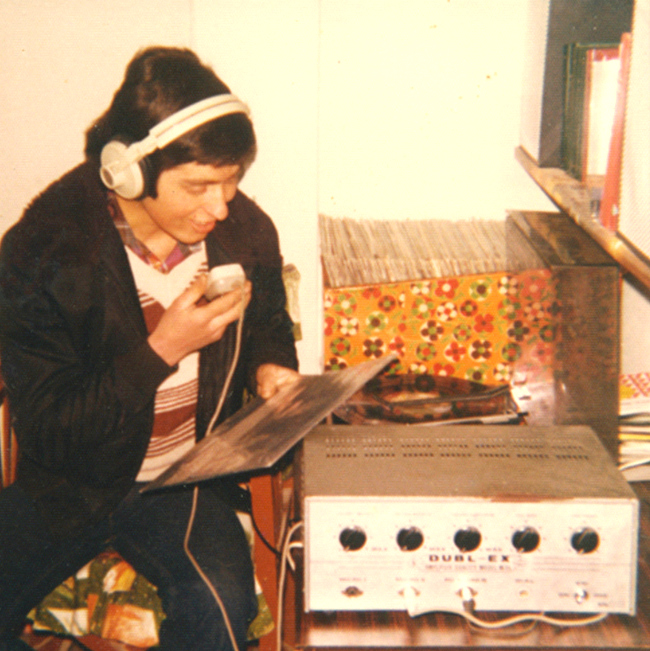 Tune in to the glory days of Greek Pirate Radio!
A blend of music, AM/FM scanning, range and volume tests, telephone calls and advertisements sprinkled with plenty of radio noise from the most inventive period in the history of Greek radio broadcasting.

Pirate radio is a radio station that broadcasts without a valid license.

Initially radio, or wireless as it was more commonly called, was an open field for hobbyists and early inventors and experimenters. Pirate radio operators first appeared in Greece during the 1960s. At that time, apart from the state radio station that broadcasted from Athens, the only station on air was the American AFRS (Armed Forces Radio Station), which was also the first to broadcast rock n roll music in Greece.

Pirate radio operators set up radio stations and used nicknames to transmit broadcasts out of teenage bedrooms and living rooms, for the sake of personal pleasure. They used to coordinate their broadcasting and, by means of retransmission, they held live discussions and carried out station range and volume tests.

The stations broadcasted a lot of music, folk or rock hits and later on disco or metal tracks. These were tunes that one would never listen on state radios, played freely without any copyright permission fees paid. The operators had extended telephone contacts with their listeners and they were keen on transmitting song dedications.

The information and news content was almost nonexistent. As a matter of fact many stations adopted an entirely a political attitude to avoid persecutions, given that between 1967 and 1974 Greece was under a military junta, a regime that abolished all civil rights. “EDO POLYTECHNEIO” (Here is Polytechnic) was a unique and famous political pirate station broadcasting in Greece. It was a medium wave radio transmitter that became the voice of the Athens Polytechnic uprising against the regime in 1973.

It is estimated that within 20 years there might have been so many as 5.000-7.000 pirate radio stations. Still, the operators had to deal with continuous persecutions and heavy sentences imposed by the authorities. During the 1980s, pirate radio reached its peak.

What police failed to enforce was finally achieved through the legalization of non-state radio and the gradual commercialization of the broadcasting media. The first licensed radio station in Greece was “Athens 9.84" which broadcasted for the first time on the 31st of May 1987. For pirate radio the glory days were over.